Menu
GET A QUOTE
Solar Garden Construction Is a Thing: Nova Scotia Invests! 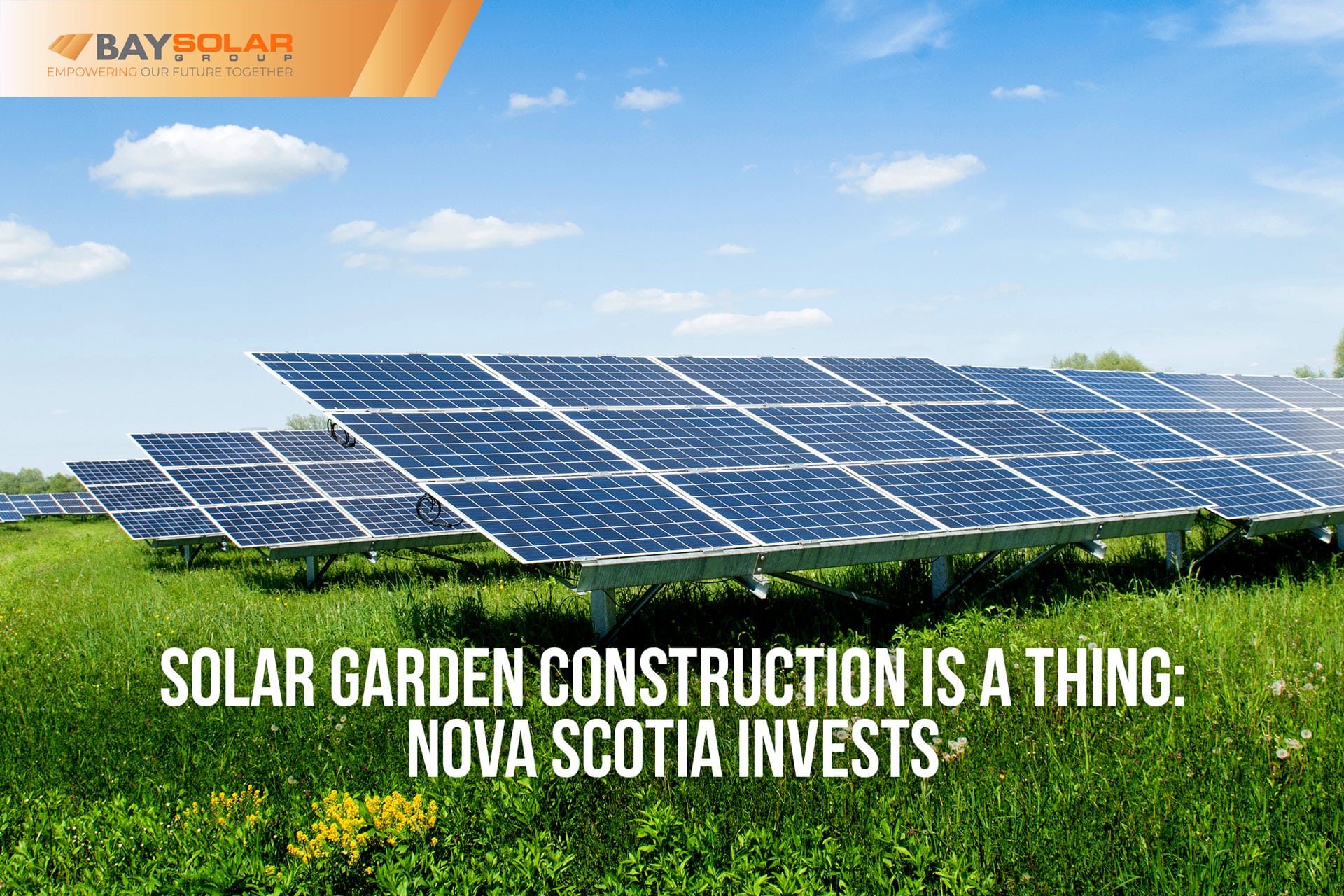 What rises in popularity these days are surely solar gardens and farms. Even Elon Musk recently established a huge Tesla Solar project directed towards building a sustainable community powered by the energy of the Sun. Geniuses like Elon Musk go for the initiative; accordingly, the incentive to contribute to environmental sustainability and be a part of renewable energy attracts people like Elon Musk increases. Recently, investing in solar gardens rose so high in popularity that three towns in Nova Scotia, including Antigonish, Berwick, and Mahone Bay, became investment spots for building solar gardens aimed to achieve net-zero emissions in Canadian communities.

To tell that the investment amount for the construction of solar gardens is vast, is to tell nothing. The investment is in the amount of $7.5 million in funding the initiative. It will operate by letting community members either purchase solar panels or invest in local utility company’s shares to become a part of the community in essence. A great establishment and colossal step towards environmental sustainability, right? Indeed, without government funding, the project won’t be implemented in the best way possible. That is why the Nova Scotia government has already invested $8.9 million in the project and plans to add another $6 million to ensure the project’s prosperity. The government takes care of such huge investments because it supposes that the project will aid the completion of one of the biggest goals – reaching net-zero emissions by 2050. Laurie Boucher, Antigonish Mayor, mentioned, “We want to be able to be a blueprint for other municipalities to be able to do this. So even though other municipalities don’t have their own electric utility, there are ways to do it.” Mayor brings up the construction of solar garden projects in three different locations as an example of how everything can be built towards meeting massive sustainable goals.

How Will Developing a Solar Garden Go?

The plan is the following: there will be a 2.1-megawatt solar garden on a landfill that got entirely repurposed for the project. The aim of building it this way is to meet consumers’ expectations and be capable of providing the least percentage of electricity requirements of the town, which comprises approximately 16 percent. Having at its base such a structure, each town will have different megawatts of the solar garden and according to the percentage of electricity requirements fully met & beyond. With such a plan, residents of three Canadian towns note that Nova Scotia will become significant players in the clean energy market and revolutionize the renewable future.

Constructing solar gardens is a trend these days, and Nova Scotia is walking the line in line with the movement. Huge initiative in need of massive investments – all about this project. For sure, if investors pay a great deal of attention to the completion of the project and everything stays aligned with the plan, Nova Scotia has all the potential to lead the market and be the key player in the movement towards environmental sustainability.

The author of a publication: Veronika Abrahamyan

Things To Know About How Solar Energy Works

Post Views: 68 What rises in popularity these days are surely solar gardens and farms. Even Elon Musk recently established

Post Views: 113 Each year in early September, we take time to appreciate the working American. We have made scientific

Things To Know About How Solar Energy Works

Post Views: 172 People all over the world thrive towards a sustainable lifestyle. They modify their lifestyle according to the