Menu
GET A QUOTE
Solar Energy Without Solar Inverters? Impossible! 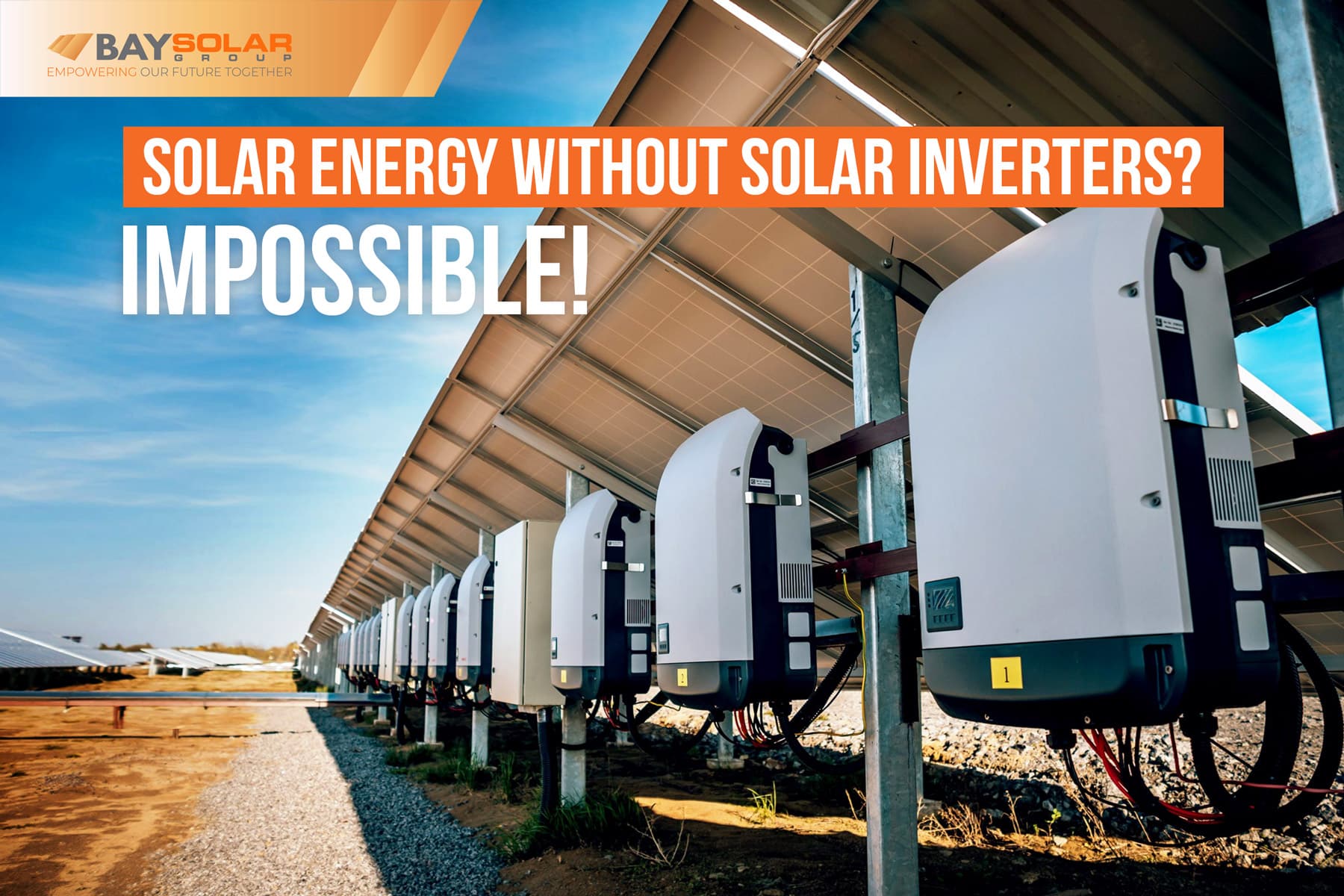 Are you considering going solar? You are on the right page. It would be best if you did thorough research on the disadvantages and advantages of solar energy and explore all the devices and accessories that come with solar. Modern solar industry markets propose a wide variety of electronic devices that can confuse you. Some companies are likely to sell out superfluous products just for the sake of their business profit. These are mainly useful but not necessary items that some customers will highly appreciate to have, while for the others, they may be just a waste of money. This is especially important because many products have a tangibly high price. To determine whether you really need this or that equipment for your future solar panel system, you should choose a reliable company and portray what you expect from the new system. However, several items are mandatory for all PVs’ proper functioning.

So what is solar energy? It is a renewable power source suitable for house loads as well as commercial use. Generated from direct sunlight, it is 100 percent natural, eco-friendly, and cost-efficient. Based on recent surveys, today, more and more people switch to this carbon-free energy consumption due to its benefits. As the demand for solar proliferates, there appears a necessity for new job creation. According to Forbes, the US solar industry employs about 242,000 people, thus contributing to the generation of billions of dollars of economic value. The 2019 September statistic claims the deployment of about 2 million solar panel systems with 71,300 MW of solar capacity. In about five years, the US solar capacity is estimated to double due to solar projects in California and Texas. Furthermore, the PV system is sure to grow the fastest compared to other renewable energy sources in the upcoming 30 years.

The photovoltaic or PV system is made up of the following components:

PV modules or solar panels are the combinations of photovoltaic cells merged with each other. These cells absorb sunlight and generate energy. The modern solar industry offers a big assortment of this product, different in price, manufacturing method, efficiency, etc. However, the energy produced is not suitable for house load consumption. It is the direct current (DC) that must be converted into alternative current (AC).

This is where a power inverter is needed. This electronic device is the heart of solar energy. No solar system maintenance is possible without the inverter. It is important to note that it doesn’t produce energy by itself but converts DC to AC.

From the logic of connectivity, two types of solar inverters are distinguished: grid-connected and off-grid inverters. With a grid-tied inverter, your solar system is permanently connected to the local power grid. In this case, the advantage is that you can always transmit your excess energy to this grid via transition lines and get compensation instead. In other words, you can sell your surplus energy to the nearest grid. Off-grid inverters are installed in houses that are located far from the nearest grid. By far, I mean a distance that is way too long to connect through transition lines and more costly, and it is preferable to rely on a power battery than a local grid. Furthermore, with grid-off inverters, you are independent of any local power supplier. By independence, I mean being disengaged and retrained from sudden blackouts in your area.

A power battery is a handy device that serves as energy storage. It keeps the excess energy generated by the PV modules for later use. Suitable for house loads and EV charging, this device is an essential component of a solar panel kit. Unlike the inverter, this device is not a mandatory item to purchase unless your house is situated far from the local grid, as described above.

Solar racking or mounting is a metal structure used to fix the PV modules on the roof or the ground. The most suitable metal type used by solar energy companies is aluminum. It is both robust and low in weight, which makes it extremely convenient for installation. Although specialists use different racking methods, specific components are standard for all racking solutions. Examples include flashing, mounts, rails, and clamps. When choosing an installer make sure to stop your choice on a high-qualified team.

There are two types of solar panel inverters: string-inverters and micro-inverters.

String inverter or central inverter is usually installed close to the service panel in a cool, dry place away from direct sunlight and rain waters. Based on the residential system size, one or two central inverters are installed to implement the overall power conversion. The benefit of a string inverter is relatively easy troubleshooting due to the whole system’s concentrated functioning. The second benefit is the low price compared to that of microinverters. The main disadvantage is that solar panel kits with string inverters are easy to fail because the overall array is interconnected in this case.

It is totally different in the case of microinverters. Each solar panel comes with its own microinverter. This means that if one of the panels fails due to some reason, that will not affect the whole system. Hence, the microinverter is more reliable, however more costly. If your array is made up of 12 photovoltaic modules you must purchase 12 microinverters as well. Another essential benefit is that with microinverters you are sure to yield more electricity. This is explained by the slight differences in currents between panels, which are not expressed with string inverters. Another benefit of microinverters is the longer lifespan. Compared to central inverters with 8-12 years of warranty, solar energy companies typically provide a 25-year warranty for microinverters.

As a matter of fact, solar is the most suitable option if you want to switch to an alternative energy resource. There are many benefits of solar energy which can be confirmed by the consumers who are veterans of this power maintenance. Each of them can provide objective feedback for you to consider.

Author of a publication: Helen Kocharyan

Post Views: 533 Over the years, it has become evident that the sun is one of the most abundant alternative

Post Views: 880 It is not a secret that global warming exists. Many facts affect our environment. There are many

Post Views: 558 While learning about climate change and how to help the environment, everyone bumps into a dead-end. You